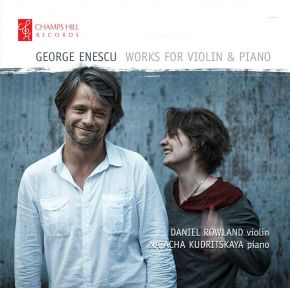 George Enescu (1881-1955) is today most widely celebrated as one of the world’s greatest violinists of his generation, a fine conductor and by far the most significant composer of his native Romania. Certainly many great musicians who knew him – including his pupils and protégés Yehudi Menuhin, Arthur Grumiaux and Ivry Gitlis, and colleagues such as Alfred Cortot – held him in the highest esteem. Yet even today his music, apart from his exuberant Romanian Rhapsody No. 1 for orchestra (1901), is scarcely known by the wider public. His one major opera, Oedipe (1921-32), though recorded and since accorded increased respect, remains rarely staged; and his extensive work for solo violin (though – perhaps significantly – not including a concerto) is only beginning to catch the attention of a new generation of soloists.