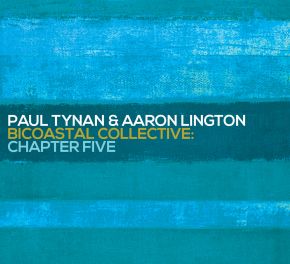 With the fifth album from their decade-long collaboration, the Nova Scotia-based trumpeter and Bay-Area baritone saxophonist are at their most ambitious. With eight new large ensemble compositions for a big band that includes friends and colleagues from their days at the University of North Texas, they further solidify a captivating musical partnership that restlessly pursues new vehicles for their compositions and musical visions.