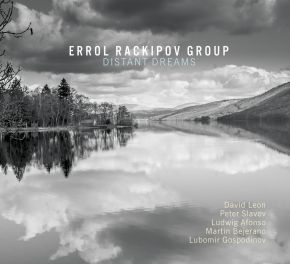 The music of "Distant Dreams" is a continuation of the journey the Bulgarian vibraphonist began with his debut recording, "Pictures from a Train Window," where many of the compositions are influenced by the rhythms and melodies of Eastern European folk music, but viewed through modern jazz aesthetics. Mentored and influenced by vibes icons Gary Burton and Ed Saindon, Rackipov's rich eclecticism and life experiences provided him the platform for defining his own space in the elite mallet performance world.  "This is a group to be enjoyed for years and years. The right personalities and skill-sets and talents have coalesced into one of the finest debut albums of recent memory." -Travis Rogers, Jr