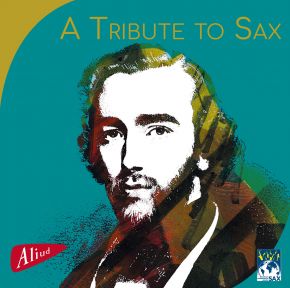 A tribute to Sax

In 2014, Adolphe Sax was remembered and celebrated all over the world: indeed the Belgian geniusinventor was born in Dinant in 1814 and he died 80 years later in Paris after a rather turbulent life with several amazing achievements as well as failures and fiascos! In the aftermath of the “International Adolphe Sax Competition”, which was held in November ’14 in his native city, the idea was born to pay hommage to this important figure by recording a Cd featuring his most famous invention: the saxophone. By presenting the saxophone in various combinations (some of which are less common), it
becomes clear how versatile and how well integrated this instrument has become in the international music business. It wasn’t easy to make a representative selection as there really is a lot to choose from! We specifically have focused on the soprano and the alto saxophone as the main solo instruments of the entire family, though also the tenor gets some exposure. Another instrument family which is directly related to Sax, the saxhorns (with e.g. the flugelhorn, the euphonium or the bass tuba), is less highlighted on this double Cd: it basically is all about the saxophone, so to say!