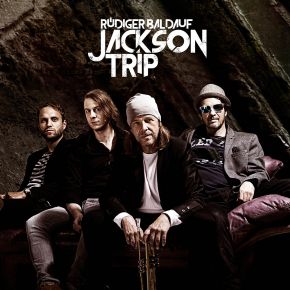 A cool and creative tribute to Michael Jackson.

Put it this way, anyone taking on tracks like "Beat It" or "Man in the Mirror" needs to deliver the goods. Fortunately, the band around trumpeter Rüdiger Baldauf has done this brilliantly, and they've also shown that there's a lot more from the King of Pop still to be played.

Jackson Trip is an interesting interpretation of songs that will last forever. At the same time, Jackson Trip surprises with ultramodern instrumental pieces that still contain the magic of the originals.

The repertoire ranges from "Billie Jean" and "Bad" through to "Working Day and Night", featuring Bill Evans, a former sideman of Miles Davis. Other guest musicians include the guitarists Dean Brown and Daniel Stelter.

The recordings were made in one of the last of the classic recording studios, the Cologne Maarweg Studio 2, where albums from Pink Floyd to Jupiter Jones have been produced.