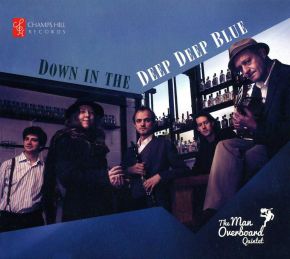 “Away with the music of Broadway. Be off with your Irving Berlin.[..] Give no quarter to Kern or Cole Porter....” In making this new selection from the American Songbook for their second album, the members of The Man Overboard Quintet followed Ira Gershwin's instruction, quite literally, as contained in his lyrics for the song By Strauss.

Not only have they stayed away from Irving Berlin, Jerome Kern and Cole Porter, the Gershwin brothers, and the elegant world of Broadway theatre in general – they have also steered clear of other better-known song composers. That said, the quintet was never exactly going to run out of material, because the canon of the American Songbook is so vast. It has been estimated that some 300,000 popular songs were deposited for copyright in the US between 1900 and 1950, the period during which all but one of the sixteen songs here were written.