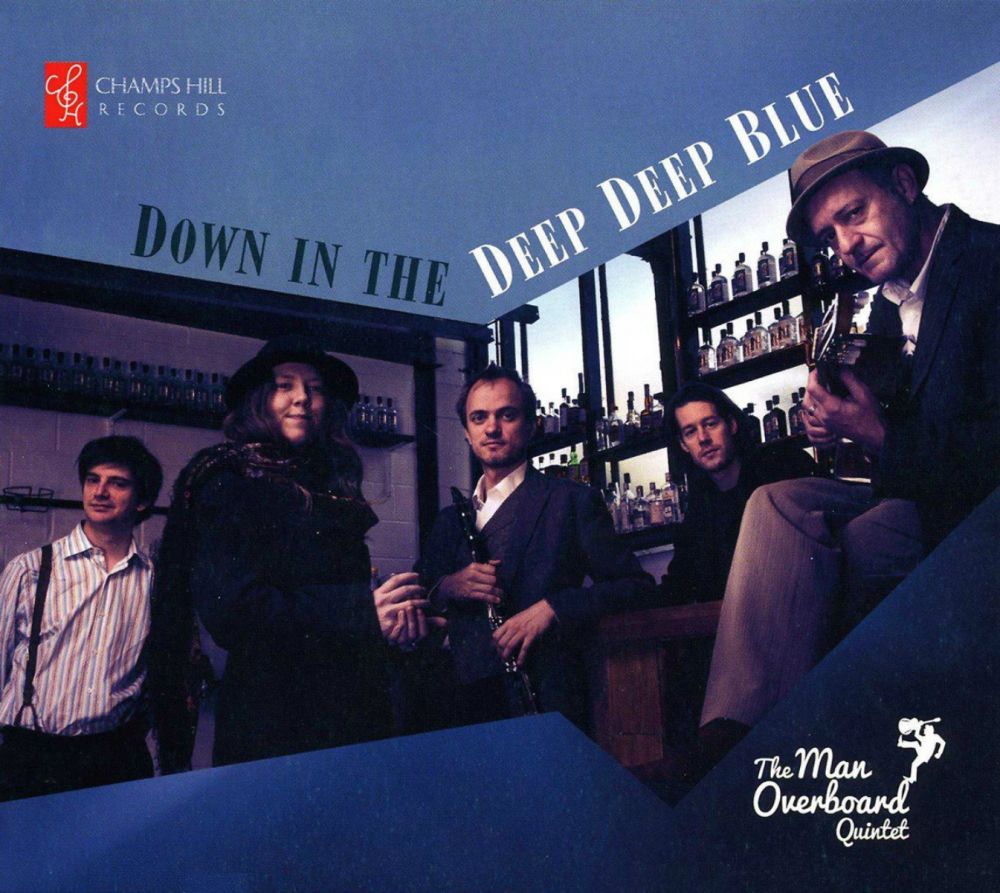 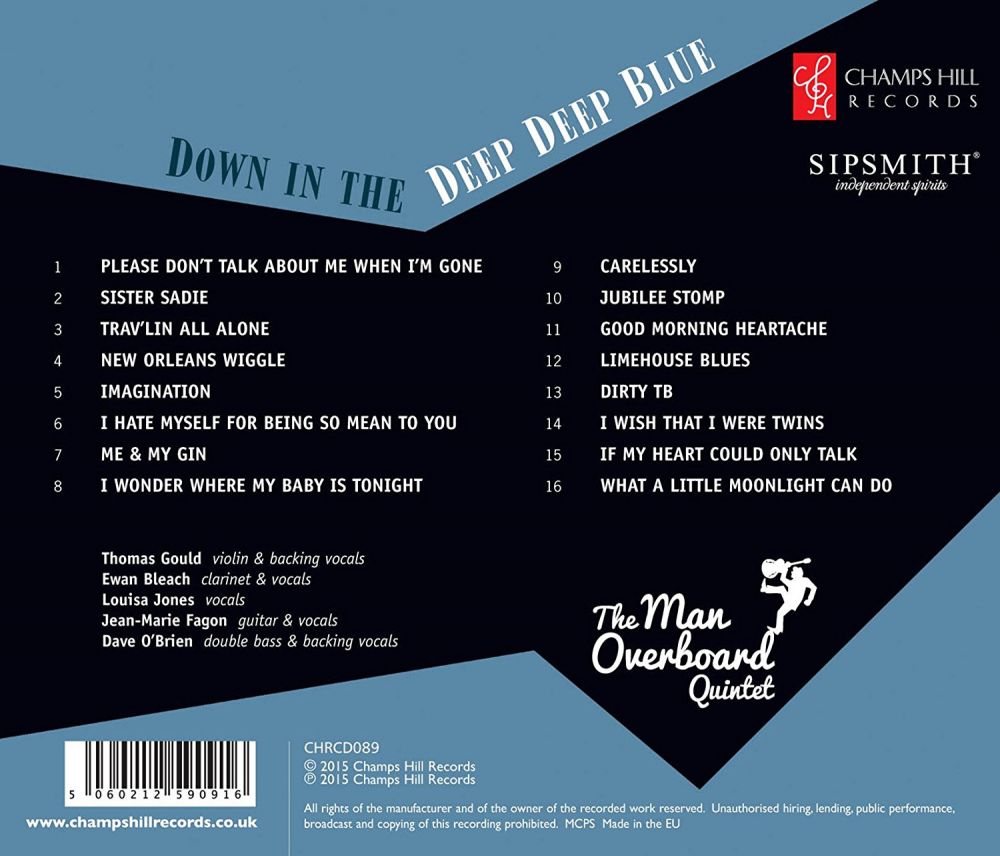 “Away with the music of Broadway. Be off with your Irving Berlin.[..] Give no quarter to Kern or Cole Porter....” In making this new selection from the American Songbook for their second album, the members of The Man Overboard Quintet followed Ira Gershwin's instruction, quite literally, as contained in his lyrics for the song By Strauss.

Not only have they stayed away from Irving Berlin, Jerome Kern and Cole Porter, the Gershwin brothers, and the elegant world of Broadway theatre in general – they have also steered clear of other better-known song composers. That said, the quintet was never exactly going to run out of material, because the canon of the American Songbook is so vast. It has been estimated that some 300,000 popular songs were deposited for copyright in the US between 1900 and 1950, the period during which all but one of the sixteen songs here were written.

The Man Overboard Quintet brings together five like-minded musicians who play and listen to all sorts of music, but who share a love of hot swing. Thomas Gould is a classical violinist described as “staggeringly virtuosic” by The Guardian. He also is a dab hand at jazz, and his playing meets its match in the lyrical clarinet- playing of Ewan Bleach, who has been making his mark on the music scenes of London and New Orleans. Thomas and Ewan work the tunes beautifully together, sometimes harmonising, sometimes challenging each other. At other times, they simply provide the setting for Louisa Jones’ distinctively husky but sweet voice. Underpinning the sound are Dave O’Brien (one of the brightest young musicians on the London swing scene) on the double bass and Jean-Marie Fagon, a good old- fashioned, no-nonsense rhythm guitarist from France.

The five musicians first started playing together in January 2011 and were quickly performing in some of London’s favourite jazz venues. The Man Overboard Quintet has recorded music for television, being featured in BBC3’s Being Human series, and they cut their first album – a collection of old jazz numbers played in The Man Overboard’s infectious, melodic style – for Champs Hill Records [All Hands On Deck, CHRCD062].