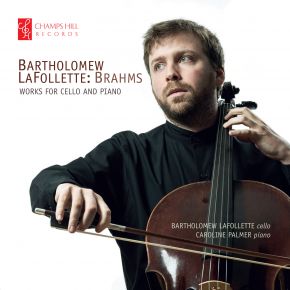 Works for Cello and Piano

As a young boy, Brahms was given rudimentary lessons on both the violin and cello by his father, although it was the piano that primarily activated his executant and creative imagination. Accordingly, his first published works included three virtuoso piano sonatas that rejoice in the instrument’s potential for rich and powerful middle-register (cello) sonorities.

Brahms’s understanding of string instruments and their expressive potential was considerably enhanced by early contact with two of the most renowned violinists of the age. He spent much of his early teens trying to help support his poor family by playing the piano in back-street taverns (thinly disguised brothels), the anguished memory of which was to haunt him for the rest of his life. He was finally released from this sordid existence when in 1850 the celebrated gypsy violinist Eduard Reményi, asked him to become his official accompanist, and such was Brahms’s immense skill that at one concert he compensated for an out-of-tune piano by transposing all of the accompaniments at sight. The impact of playing popular East European folk music with Reményi is felt particularly in his 21 Hungarian Dances as exemplified by the moody swagger and irresistible chutzpah of No.20, heard here in an expert arrangement by celebrated Italian virtuoso and teacher Carlo Alfredo Piatti (1822–1901).