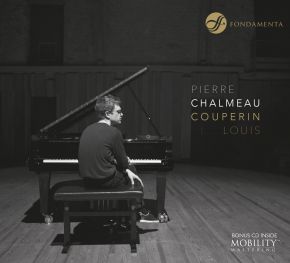 For the first time ever in the history of piano recording, Pierre Chalmeau immersed himself into the fascinating world of Louis Couperin, François’ uncle. He chose to dedicate him his first opus.
Louis Couperin is considered as a key figure and the founder of the French school of harpsichord. His Pièces de clavecin - about 130 préludes, sarabandes, chaconnes and other dances - constitute the gem of 17th century French music.