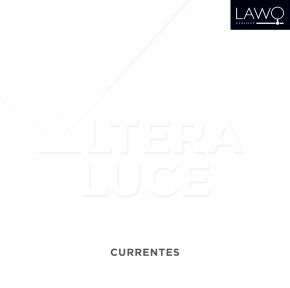 TIMELESS LOVE
If the world is brimming over with anything, then it is love songs lasting three to five minutes. Nevertheless, Currentes is adding a new collection to this evergrowing number. Why? Well, we believe we can offer something new. Virtually all of these beautiful songs, written when the rhyme moon/June was first conceived, are essentially unknown to today’s listeners.

Those who may already know some of the songs will nonetheless enjoy these creative new Currentes arrangements and instrumentations. And for those who thought that the piano was an eighteenth-century invention, we offer a curiosity: there was a late medieval clavichord with metal tangents, and the ensemble’s keyboardist, David Catalunya, has had such a piano reinvented, based on drawings and descriptions from the 1400s. This is the first album to use such an instrument.

In addition to the lovely songs from the past, we are especially proud of the totally new songs that Eivind Buene has written for Currentes. His imaginative miniatures for medieval ensemble are recorded here for the first time.

Currentes was founded by its artistic director, Jostein Gundersen, in 2006. Currentes defines its artistic goals as within the field of historically informed performance, while specialising in polyphonic music from the late Middle Ages and Renaissance.

Eivind Buene (b. 1974) is a graduate of the prestigious Norwegian Artistic Research Programme. He has received commissions from foremost ensembles in Norway and abroad. He is an instrumentalist, singer, arranger and composer of different styles, as well as novelist and essayist.

I live in Australia and have now received my much anticipated copy of Altera Luce. It is so beautifully constructed with wonderful contrasts of early and contemporary music. I have listened to it many times and hear new musical moments each time which excite and enthrall me. Congratulations on this masterpiece!