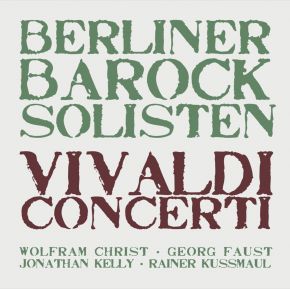 Given how little we know about the biography of Antonio Vivaldi, it seems an almost impossible task to pinpoint the ways in which the great Venetian's compositions are linked to events in his life. Just as with many of his contemporaries, we must regretfully acknowledge that very few details about his life have come down to us. It was almost three centuries before historians were able to verify that he was born on March 4, 1678. We know that he was ordained to the priesthood at an early age; that he served as a violinist in the Cappella di San Marco from about the age of thirty; and that he also played in ensembles with his father. Additionally, we know that he was appointed as director of an “Accademia” – in this case, an orphanage in Venice – that both provided its female charges with an education and employed them as musicians or choral singers who performed for profit.

This provided the impetus for what was to become Vivaldi's immense and varied output of instrumental concertos and concerti grossi, which were written between 1716 and 1725 for performance by the students of the Ospedale della Pietà. These works represent the largest proportion of his magnificent and vivid oeuvre, which, in its more meditative moments and in the almost impressionistic quality of its timeless beauty, allows us a tangible and highly descriptive glimpse of the Baroque world.

This is one of the reasons why the musicians of the Berliner Barock Solisten were unwilling to resist the temptation of recording seven of the instrumental concertos as a testimony to our deep fascination with the music of Antonio Vivaldi. Ever since the founding of our ensemble, every encounter with the legacy of this extraordinary composer and violinist has allowed us to penetrate more deeply into the universal art of expressive playing using the convex Baroque bow. We hope that this recording reflects our successful engagement with these very rewarding techniques.