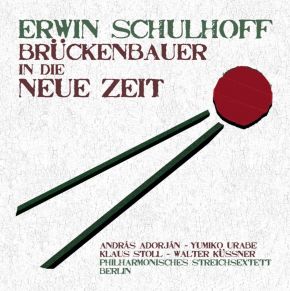 Erwin Schulhoff was undoubtedly one of the most versatile and imaginative composers of the last century. That his career – and his life – came to an abrupt end in a National Socialist internment camp in 1942 represents one of the great tragedies of Europe's barbaric recent past. Nevertheless, during his brief life, Schulhoff (1894–1942) brilliantly absorbed, transformed, and expressed many of the most significant and progressive creative urges of his age. His catalogue of over 200 compositions includes some of the most fascinating, challenging, exciting, and moving music of the twentieth century.

The three works on this disc were all written by Schulhoff in the 1920s, when his career was at its peak, and display the full range of the composer's colorful, expressive musical palette.