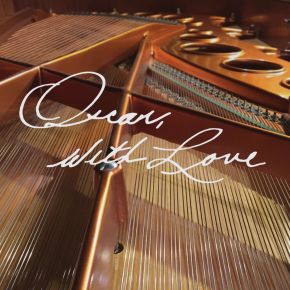 scar, With Love not only features compositions previously unreleased by Peterson, but all are performed in Peterson’s home studio on his Bösendorfer Imperial piano. Never has there been such a recording, various artists performing on the personal instrument of a jazz legend. “Oscar cherished his piano,” said Kelly Peterson, executive producer of the new recording. “It is one of the finest and most unusual instruments in the world. Oscar handpicked it at the Bösendorfer factory in Vienna in 1981. It has never been heard publicly.” Tremendous care was taken to fully capture the outstanding performances of these great artists and the magnificent sound of Peterson’s Bösendorfer Imperial.

The set showcases Oscar Peterson as a composer and includes the world premiere of several pieces he wrote but never recorded; the compositions were retrieved from Peterson’s library for the project. Most of the music on the recording was written by Peterson, or for him by some of his closest musical friends. It is these friends and colleagues who performed on the recording. Together, these musicians have won 30 Grammy® Awards, Latin Grammys, Oscars, Golden Globes, British Academy of Film and Television Arts (BAFTA), and several Juno awards.