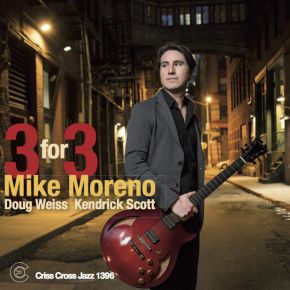 They frame the 39-year-old guitarist's sui generis tonal on a program culled from the corpuses of a multi-generational cohort of heroes: jazz songs by Charlie Parker ("Perhaps'), Wayne Shorter ("The Big Push"), Joe Henderson ("Serenity") and Mulgrew Miller ("For Those Who Do"); Songbook gems by Michel Legrand "You Must Believe In Spring"), Johnny Mandel ("A Time For Love") and Vernon Duke ("April In Paris"); plus one apiece by Radiohead ("Glass Eyes") and Lo Borges ("Clube Da Esquina M.1"|).