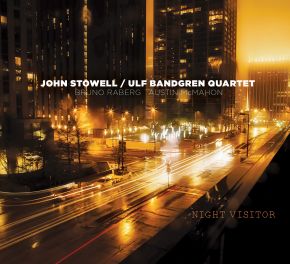 Roaming the world with his guitar over the last 40 years, John Stowell has developed significant musical relationships with numerous artists along the way, including Swedish guitarist Ulf Bandgren who has been a consistent and inspired partner for ten years. Last heard together on their 2012 duo recording, "Throop,"  they gathered in Boston in the spring of 2016 to record this quartet set with the accomplished rhythm section of bassist Bruno Raberg and drummer Austin McMahon. The band's easy chemistry, engaging original compositions and rhythmic vitality make for a compelling and entertaining listen. "John Stowell plays jazz, but he doesn't use any of the cliches; he has an incredible originality. John is a master creator." - Larry Coryell.