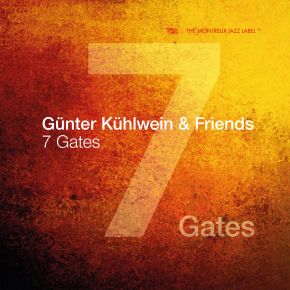 The history of the B3, the famous invention of American Laurence Hammond (1894-1973) is marked by fluctuation. One person who always believed in this electronic mechanical monster and is still promoting the “Beast” is Günter Kühlwein. He is one of the most tasteful and inventive Hammond B3 organists on the scene. This long awaited cd is a tribute to his profound musicianship. His compositions are fresh and wide ranging. His performances are intense and electrifying.

Since relocating from his hometown in Viernheim/Hessen, Germany to Bern, Switzerland, he has been teaching at the Swiss Jazz School and the Hochschule der Künste Bern. His emotional oriented musical concept and goal as a teacher is to encourage and inspire. His credo is to facilitate, motivate, and nurture. Joy in playing music and individual creativity are the foundations of his teaching.

Kühlwein began his classical piano training at the age of 11. As a teenager, he strove for variety playing in various local bands as both a pianist and organist in southern Germany. He also participated in competitions winning first prizes in Berlin and Baden Baden, which led to his increased popularity as well as more engagements with national and international musicians on European tours. Among the big names he has performed and recorded with are Lou Rawls, The Three Degrees, Chick Willis, and Mike Henderson in Blues and Soul; in the jazz genre he teamed up with Benny Bailey, Al Grey, Curtis Fuller, Tony Scott, Pony Pointdexter, Red Holloway, George Robert, and Andy Scherrer; bassists Eric Peters, Reggie Johnson and Peter Frei; drummers Alvin Queen, Peter Schmidlin and Billy Brooks to name a few.

SEVEN GATES other outstanding musicians are:

THOMAS MOECKEL, trumpet/guitar: is a sensitive, demanding ascetic who moves easily among jazz, blues and rock. (Tracks: 3. Down in New Orleans, 6. A Welcome Surprise, 10. Here and Now, 11. One for Larry)

ANDY SCHERRER, tenor saxophone: is one of the most prolific saxophonists of our time.  He’s an unpretentious, swinging, lyrical musician who can always be depended upon for his artistic, sensitive interpretations. (Tracks: 2. Mr. T, 7. Delusions)

DAVID ELIAS, drums: plays a main role in the performance of this music with his explosive, driving, rhythmical playing… the perfect timekeeper.

SEVEN GATES was recorded in three memorable days during an electrifying thunderstorm, whose elements transformed the musical passion and energy evident in this cd. SEVEN GATES is pure jazz-bluesy, funky-smokin’ and sublime. Proof that music is, indeed, a gateway to the soul.