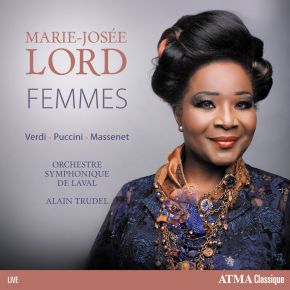 Marie-Josée Lord’s eponymously titled first album (which was awarded a Félix prize by ADISQ as the best classical vocal album of the year 2011), as well as her last two CDs on the ATMA label, Amazing Grace (2014) and Yo soy Maria (2012), have won the hearts of the public.

Founded in 1984, the Orchestre symphonique de Laval is composed of professional musicians all of whom are graduates of conservatories or universities in Quebec. The audience is at the heart of all the orchestra’s activities; its chief mandate is to offer audiences grand symphonic music and provide a pleasurable listening experience.