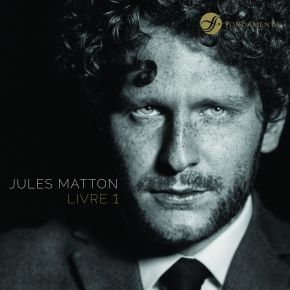 The pieces of this disc - two cycles of melodies, two trios and a string quartet written between 2014 and 2017 - resonate to form a united and coherent frame that paints a portrait of the work of this young composer to the already brilliant course . To do this, he surrounded himself with some of the best musicians of his generation, such as Yan Levionnois (ffff Télérama for his Bach recording), Guillaume Vincent and Jeanne Crousaud. The four members of the Debussy Quartet, benevolent elders, also officiate in his String Quartet, his first, located in direct line with the Schnittke or Olivier Greif quartets. Clear of any form of chapel and ideology, Matton definitely turns the page of the last century. His Songs on poems by Michel Houellebecq embark us in a centrifugal whirlpool that leaves no voice. At the end of the album, his trio and his cycle on poems by Philippe Jaccottet are as many "scrapes administered with the jubilation of a willingly tyrannical satyr", as the author of the libretto so aptly writes.

Fondamenta’s CDs and DVDs engulf you in musical emotion. This is because nothing is left to chance, from the concert hall to the choice of instruments, from the equipment involved to the expertise used to put them to their full advantage. Since sound systems and the habits of music lovers differ, Fondamenta’s innovation is to offer two different recordings for each acoustic album–at the same price–to maintain the quintessential quality of our products, whatever your needs:

The Fidelity CD is the version of reference for high-fidelity audio systems.

The Mobility CD is the version adapted for computers, nomad and car sound systems.