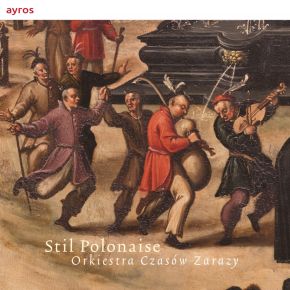 J.H. Dahlhoff’s collection is by far the biggest compilation of XVIIIth century popular dance music in German-speaking countries. Johann Heinrich Dahlhoff (1704-1764) was himself a village musician, most probably a fiddler, from a village of Dniker, Westphalia, where he served as a churchwarden in an Evangelical church. Among his duties there was being in charge of an entertainment for local gathering, which usually came down to dance parties, where he picked and performed a suitable repertoire. This way, in the course of few decades, a collection was born, consisting of a couple of thousands of dance melodies, written down later on by his son – Johann Dietrich. A whole set, comprised of 10 volumes (over 1400 pages) is kept in Staatsbibliothek Preussischer Kulturbesitz in Berlin.

Polonaises from Dahlhoff’s collection (and only those) were copied by Niels Dencker (1887-1963), Swedish folklorist, teacher at Åsa folkhögskola in Sköldinge. In his research, he worked mainly on traditional music. He did extensive recordings of folk musicians. Dencker, aware of Polish roots of Swedish traditional music, in 1931-32 did an extensive research of music archives on historical territory of Rzeczpospolita and her fiefdoms like Livonia, Gdansk, Prussia Duchy, Pomerania or Mecklenburg.

Dencker’s manuscript Ms 4023 is the biggest collection of Polish dances from first half of XVIII century from the lands of Rzeczpospolita.