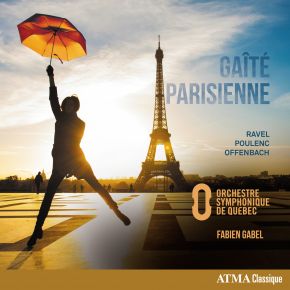 From the waltz to the French cancan to the ballet, this program by the Orchestre symphonique de Québec under the baton of conductor Fabien Gabel illustrates the perfect symbiosis between dance and French music. On the menu: Maurice Ravel’s Valses nobles et sentimentales; Jacques Offenbach’s suite Gaîté Parisienne, arranged by Manuel Rosenthal; and the suite Les Biches by Francis Poulenc.
Recognized internationally as one of the stars of the new generation, Fabien Gabel is a regular guest of major orchestras in Europe, North America, and Asia, and has been music director of the Orchestre symphonique de Québec since September 2012. He is also music director of the Orchestre Français des Jeunes for the 2017, 2018, and 2019 seasons, taking over from David Zinman.