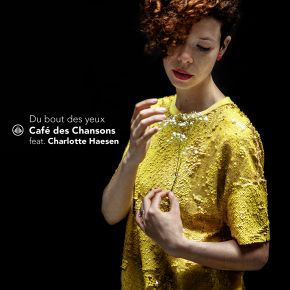 Charlotte Haesen, born in Amsterdam in 1987 and raised in the French-speaking part of Belgium, studied jazz singing at the Amsterdam University of the Arts. On a sunny Saturday afternoon, she sang French chansons at Amsterdam’s Noordermarkt, where she was discovered by viola player Odile Torenbeek.

Odile and Charlotte decided to put together a chanson programme anchored in a string quartet ensemble. Leading arrangers then ‘arrayed’ the chansons around Charlotte’s own, particular sound. The next step was the founding of Café des Chansons: Charlotte
Haesen plus four musicians from the Netherlands Philharmonic Orchestra.

They perform gems of the repertoire, including the great French classics by artists such as Barbara, Gainsbourg and Piaf.

Just at December the 1.st. Charlotte has given us an excellent home-concert in Dorst (NL) at our home. We wish her and Philip Breidenbach a lot of succes in 2019 ! Good bye

I echo Nigel. Where does one find the CD

How can i but a copy of the physical CD. It does seem easy on the iphone 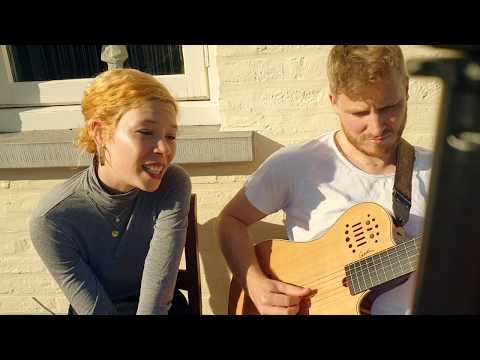 19-10-2018 De Volkskrant
"A chance meeting in the street, singer Charlotte Haesen and viola player Odile Torenbeek found each other in their love for French chansons. A passionate romance between strings and singing followed."
11-10-2018 Opus Klassiek
"The voice of Haesen, complemented by a classical string, almost automatically creates that image of a couple in lova along the Paris avenues."
09-10-2018 Mania
"Here, she edits a number of well-known and lesser-known chansons in a grand way and gives them a new life."
06-10-2018 Het Parool
"With her jazz timing, her unadorned presentation, her great, pure and therefore moving voice she can do very special things. Of course, this did not go unnoticed. And so there is now CD number 2 (released on Challenge Records), which is even better than the first one."
04-10-2018 Rootstime
"A wonderful CD that is often heard here in house and a must not only for the lovers of chansons, but actually for everyone who has their ears in the right place!"
10-09-2018 Kerk & Leven
"The approach is that brand new arrangements perfectly serve the classical instrumentation and the delicate voice of the lead singer. This CD is a real gem."