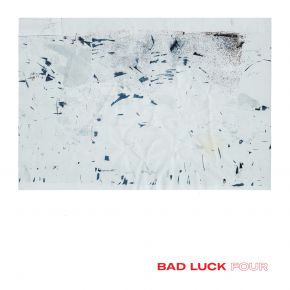 A genre-defying supernova of electronics, hip hop, metal, folk and jazz., Bad Luck’s Four “bears down on you like a cyclone of fire” (The Stranger). The duo of saxophone/electronics player Neil Welch and drummer Chris Icasiano met ten years ago as jazz students at the University of Washington and built a friendship as they discovered free improvisation together. The epic long-form compositions from their previous 3 albums celebrated the tradition of the free jazz legends, while Four condenses that epic energy into shorter rhythmic forms. Welch screams and breathes into his horn, acoustically creates chords, and uses electronics more familiar to guitar players, while Icasiano produces sounds and structures that can seem impossible.

“Bad Luck chop up time and space into jagged, unpredictable shapes, but sometimes they hit upon a quasi-funk groove that sounds like an asymmetrical avalanche. Most of the time, you have no idea where they’re going, but they impel you to follow closely, no matter what.” - Dave Segal, The Stranger