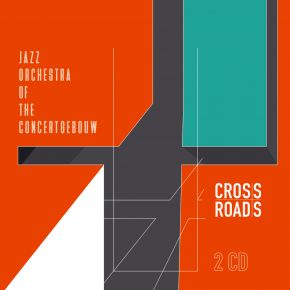 Crossroads – a new international perspective on Dutch Jazz. Stretching the boundaries of contemporary big band music. The Jazz Orchestra of the Concertgebouw is extending its limits, in more ways than one. The band developed its identity in the late 1990s with the bi-weekly concerts at the Amsterdam Bimhuis. Since then it has literally conquered the world, not only touring all over Europe but also playing in Latin America, South Africa, Indonesia, Japan and China. Musically, too, the band is evolving all the time. The starting point was the classic 1950s idiom, but from the beginning, the orchestra was challenged by guest soloists and composers from a wide range in jazz styles.

"Along with their future-oriented American colleagues of the Maria Schneider and Darcy James Argue orchestras, with this CD the JOC marks a new century in the development of the jazz big band."
BERT VUIJSJE, Jazz journalist 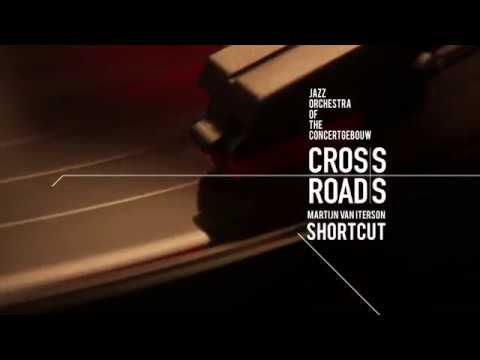 Jazz Orchestra of the Concertgebouw (orchestra)More information
10-12-2018 De Nieuwe Muze
"A special and strong double album."
28-11-2018 NRC Handelsblad
"It is a revolving double album that in the first place sparkles smoothly and glowing and in the second part intrigues with more abstract challenges.
"

16-11-2018 Leeuwarder Courant
"We want to push that big-band music into the 21st century and try new things. I remain convinced of the fascinating sound possibilities of the big band."
15-11-2018 De Volkskrant
"**** - The interplay of horn sections is excellent. From the first song 'Shortcut' it swings, the guitar by Martijn van Iterson prevents any gagging and in the final piece is nicely fiercely duelled by trumpet player Ruud Breuls and tenor saxophonist Simon Rigter."
09-10-2018 Mania
"Fantastic, Concertgebouw worthy."