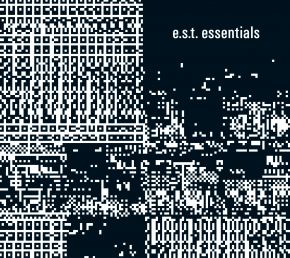 From Gagarin’s Point Of View:
The first e.s.t. album that was released outside scandinavia already defines their international breakthrough. Esbjörn Svensson reaches into the piano, and plucks the strings, searching for the sound of a guitar. He cautiously experiments with percussive accents, and dives into the depths of the orchestral-inspired forms. Attentive to the necessary considerations of musical balance, he integrates electronic elements into his musical vision, creating an optimal mixture of textures. He supplements his ideas with new harmonic ideas, surprising melodic variations, and catchy motifs. Because his music is the kind of art that doesn’t rely on the safety of a particular style, it is all the more effective.Openness, curiosity, and a little bit of chance are all a part of Esbjörn Svensson’s artistic foundation; "I play piano because we didn’t have any other instrument in the house. Actually, I would have rather played drums.

Viaticum:
Now we are waiting to see if the euphoria about the release of the new CD Viaticum  will, despite the eye-dropping modesty of its creators, will be of a similar magnitude to that which accompanied the release of predecessors Strange Place for Snow (2002) and Seven Days of Falling  (2003). These releases seemed to win every prize going in the international music world: two German Jazz Awards, the annual German critics’ prize in 2002, BBC Jazz Award for Best International Artist of 2003, the special prize at MIDEM 2003 and the French Grammy "Victoire du Jazz 2003". And those are only the most important. The latest is the award of the "European Jazz Prize" to e.s.t. in December 2004, which is given by the Austrian Music Office (AMO) in conjunction with the Austrian Ministry of Culture and the City of Vienna cultural department. A jury from 23 European countries choose the winner "who has attracted major attention on a high artistic level in the international jazz field"

Strange Place For Snow:
It is widely accepted today that European jazz has developed its own unique vocabulary alongside its Afro-American counterpart, and E.S.T is an exceptional example. The Esbjörn Svensson Trio, or E.S.T. as it is known internationally, has taken this musical development several steps further. At the same time it is linked with the same Swedish tradition that has made Sweden famous for jazz. The result is a structurally unified album in which the personal sound of the group has become more intense and projects an even greater depth from which it is able to reach new musical heights. Welcome to E.S.T. country!