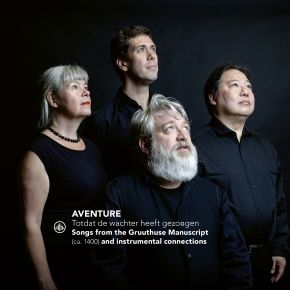 The poems and songs of the Gruuthuse Manuscript originated in Bruges around 1400, and the collection is named after the later owner, Lodewijk van Gruuthuse. The songs form the most well-known part of the collection: love songs, bawdy songs and drinking songs. The Gruuthuse Manuscript contains the largest collection of Dutch language songs from the medieval period, and it is the largest collection of songs with music notation. The form of the songs also attests to the fact that these songs were intended for connoisseurs. The poet uses formes fixes, the canonized forms of French songs of the late medieval times: ballades, rondeaus and virelais, and the wide variety of the forms used is remarkable. 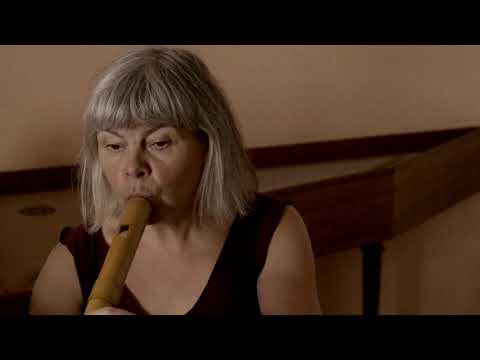 Aventure (orchestra)More information
12-12-2018 Neerlandistiek
"Out now: Totdat de wachter heeft gezongen, songs from the Gruuthuse manuscript"
07-12-2018 Music Frames
"Beautifully arranged pieces that are played in an organic way. Especially in the top layer of the melody we hear sometimes the virtuoso passages that enhance the composition. Great how these wonderful musicians put this old music into the present with such an exciting result."