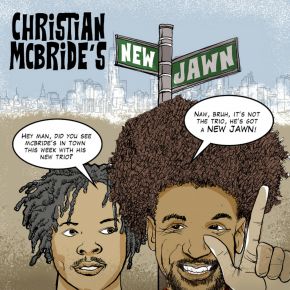 If there’s one thing acclaimed bassist Christian McBride knows, it’s that when it comes to grit there’s no better resource to draw from than his own hometown, Philadelphia. So McBride turned to one of the city’s most beloved colloquialisms to christen his latest project, Christian McBride’s New Jawn. On the band’s eponymous debut, these four stellar musicians ably walk the razor’s edge between thrilling virtuosity and gut-punch instinctiveness. The release will be available on October 26 via Brother Mister Productions, a newly launched imprint of McBride’s longtime label, Mack Avenue Records.