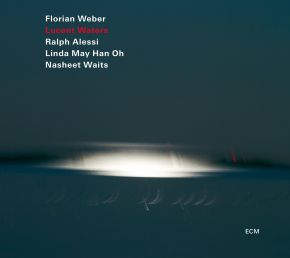 In his second ECM appearance (following a critically-acclaimed duo recording with Markus Stockhausen) pianist Florian Weber leads a strong cast through a programme of his compositions and sketches.  Whether paying tribute to mentor Lee Konitz on “Honestlee”, impressionistically conveying the glittering “Melody of a Waterfall” or generating impactful drama out of fragments of sound on “Butterfly Effect”, Weber continually draws fresh responses from his players.  “I wanted this project to be as open as possible”, he says. “It’s the idea of exploration that is important here, and the differences between the players.” The strong, grounded bass of Linda May Han Oh contrasts strikingly with Nasheet Waits’s fleet, fluid drumming, setting up new contexts for Ralph Alessi’s elegantly inventive trumpet and the leader’s highly creative piano playing.  Lucent Waters was recorded at Studios La Buissonne in the South of France in September 2017, and produced by Manfred Eicher.

Live At The Concertgebouw has trumpeter Eric Vloeimans and pianist Florian Weber beautifully playing original ballads. Trumpeter Eric Vloeimans originally studied classical music at the Rotterdam Academy of Music before switching to jazz. Since the mid-1980s, he has been heard in many different settings in Europe including playing in the U.S. with drummer Joey Baron, and working in Europe with cellist Ernst Reijseger, guitarist Nguyen Le, bassist Lars Daniellson and others. ...