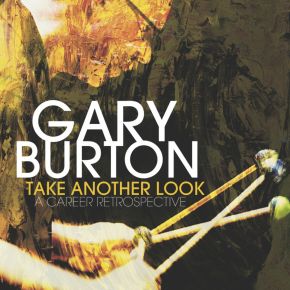 Take Another Look, issued in celebration of Burton’s 75th birthday year, encapsulates his astonishing six-decade life in music in the best way possible. As Burton commented for this set, “Recordings are a way of documenting your work and exposing it to a much larger global audience. And in the end, as this collection demonstrates, it becomes your enduring legacy as well.”

Burton’s list of trailblazing accomplishments even extends to his retirement from the music business, something unheard of in jazz. When he announced in 2017 that he planned to put the vibraphone into storage later that year, Metheny said, “It’s a unique event in our community. It isn’t a stretch to name it the rough musical equivalent of Michael Jordan retiring at the peak of his career.”