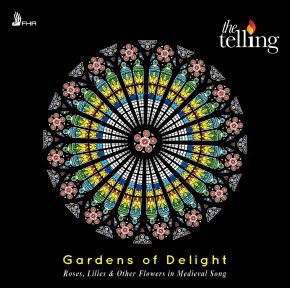 References to lilies and roses and many other flowers abound in both secular and sacred texts that were set to music from across European medieval repertoire from the 12th to the early 15th century. These two flowers in particular provided a rich symbolism: lilies represented purity and brightness in a sacred context. Roses are often used to represent love, secular or sacred. Both flowers were strongly associated with the Virgin Mary – the lily particularly is associated with the annunciation, the biblical scene in which the Angel Gabriel appears to Mary to announce that she will give birth. Countless painting and altarpieces show Gabriel presenting a lily to Mary.