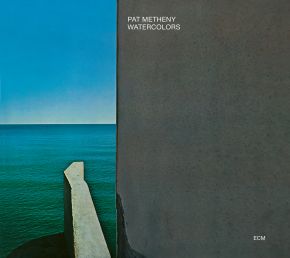 “Guitar wonder Metheny has made an astoundingly tasteful and free flowing record here” the Massachusetts Valley Advocate declared. “Metheny’s compositions are perfect vehicles for his guitar, which blends smoothly with the breathtaking ensemble work.” The recording is the first of Pat’s albums to feature Lyle Mays, an important partner for the work ahead: “You can hear them reaching toward the sound that would burst forth a year later on the Pat Metheny Group album”, Down Beat would later note. And with Danny Gottlieb on drums, three quarters of the Metheny Group is present here. The personnel of Watercolors is completed by Eberhard Weber, with whom Metheny had already collaborated creatively in Gary Burton’s band.