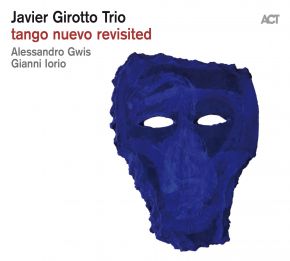 The Argentinian tango is a classic example of a living musical tradition. And there can be no musician as important in its evolution in recent times as Astor Piazzolla. One of his key works was the album “Tango Nuevo” (also known as “Summit”), recorded in 1974 with the American baritone saxophonist Gerry Mulligan. It was a global success.

Siggi Loch played a leading role in making "Tango Nuevo” popular: the recording was released on Atlantic Records in Europe under his supervision in 1975. Now, almost 45 years later, he has realised a long-cherished desire to produce a response to an album which has remained personally significant for him. The principal protagonist of “Tango Nuevo Revisited” is the Argentinian saxophonist Javier Girotto, who now lives in Italy.

Girotto first discovered the album “Tango Nuevo” as a ten year-old in Argentina. It was a key experience in his life. and it stayed with him because it united the two worlds of his own creativity – Argentinian tango and American jazz. Surprisingly, Girotto had never played the music of the album himself before. But he found that the challenge of giving a personal take on these familiar pieces really appealed to him. Thus “Tango Nuevo Revisited” is, one might say, a chamber jazz version of the original, which had extended orchestral and band episodes. Furthermore, the trio’s interpretations often sound more jazz-inspired than the original, which had the softer hues of pop-jazz. Girotto himself occasionally makes the baritone saxophone honk and roar rather more than Mulligan did, but he definitely comes into his own in the more tender and lyrical passages as well. In tango just as in jazz there is no place for dogmatic purity – and there never has been,