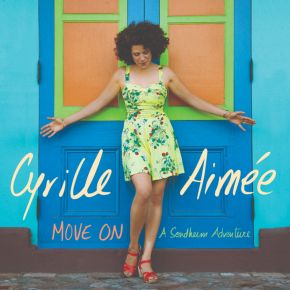 Move On: A Sondheim Adventure

While its narrative arc is a self-contained story, Move On: A Sondheim Adventure (February 22 via Mack Avenue Records) is just the beginning of a new chapter in Aimée’s remarkable journey. It’s the French-born singer’s first release since disbanding the acclaimed band she’s led for the last several years, to which she bid a fond adieu on her last album, Cyrille Aimée Live. It’s also her first studio album since moving from Brooklyn to New Orleans, the latest music-rich city that she’s been able to call home.