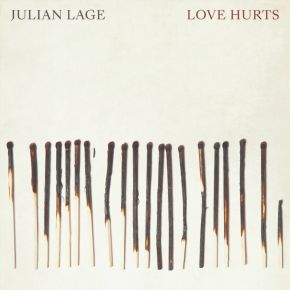 Julian Lage (artist)More information
Julian Lage (composer)More information
Dave King (featured)More information
Jorge Roeder (featured)More information
05-07-2019 Heaven
"Lage especially wants you to share his emotions when he plays these pieces."
14-06-2019 Jazzism
"Julian Lage is the winner of the Paul Acket Award 2019. This prize is granted annually by the festival and presented to an artist deserving wider recognition for their extraordinary musicianship."
10-03-2019 Jazzenzo
"A guitar album with something for everyone."
25-02-2019 Jazzhalo
"Lage doesn't just choose covers, he masterfully adjusts them with his own arrangements. And the selection is highly varied."
06-02-2019 Rootstime
""Love Hurts" contains an interpretation of various expressions of American music, from Roy Orbison to Ornette Coleman and from Jimmy Giuffre to Peter Ivers."
01-09-2018 Jazz&Mo
"At the age of 30 he is the figurehead of a young generation of jazz guitarists."