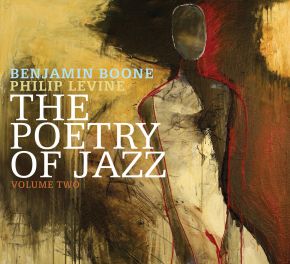 The Poetry of Jazz, Volume 2

Without knowing or planning it, saxophonist/composer Benjamin Boone has spent his life preparing for a collaboration with Philip Levine. Long fascinated by the inherent musicality of the spoken word, Boone crossed paths with the Pulitzer Prize-winning poet as fellow professors at California State University, Fresno, and they ended up working closely together in the three years before Levine's death in 2015. Boone and Levine's 2018 release, "The Poetry of Jazz," captured a genre-expanding partnership unlike anything else in the jazz canon. "Volume Two" completes the program with 14 poems and three instrumental compositions by Boone. "Boone knows where the thing called poetry lives, an ocelot among the waters, a sky-shaped Rain God that flares down upon us...He is one of the very few that can lure Phil's poetry-magic and call it out and show it to the world...Beyond words up there with the muses." - U.S. POET LAUREATE JUAN FELIPE HERRERA.