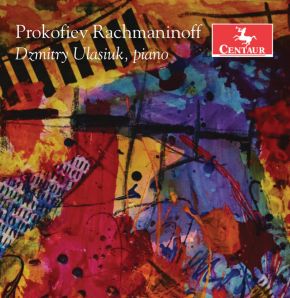 Recommended by Musicweb: ... the Prokofiev Ten Pieces from Romeo and Juliet comes first and I was impressed right off, and then hoped his Rachmaninov Études Tableaux wouldn’t let me down. They didn’t — once again Ulasiuk’s performances were totally convincing. [...] he has fairly strong credentials, but it is his style of interpretation that sets him apart from many other pianists. [...] Ulasiuk rarely ever sounds pedestrian or bland or short on ideas as some pianists do in brief transitional passages, for example, or certain phrase endings. Ulasiuk more often than not gives seemingly less promising music meaning or vitality or greater weight, and with his subtle sense of phrasing — particularly in his dynamics — he often makes you hear things in a different and usually better way. [...] Here is a pianist rather new to the scene whose debut album must be regarded a major achievement.