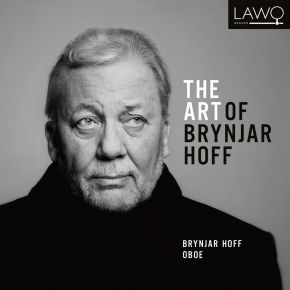 The Art of Brynjar Hoff (9 CD-box)

With this release, LAWO Classics wishes to celebrate Brynjar Hoff’s 70 years as a musician. Hoff is a legend in Norwegian musical life. For years he was one of the country’s most active classical artists as a television and concert performer in Norway and abroad. He was also one of the few Norwegian musicians to both perform as soloist and record with the English Chamber Orchestra and London Philharmonic Orchestra. Brynjar Hoff is known for his beautiful tone and musicality, and in this collected release he reveals something of his repertoire, which covers almost everything from baroque to contemporary music. He is said to have introduced the oboe to Norwegians with his many radio and TV concerts. This release features old recordings with which we wish to show Brynjar Hoff’s development as a musician. We at LAWO Classics have put a lot of work into this CD box set and hope that many music lovers will find delight in it in the years to come.