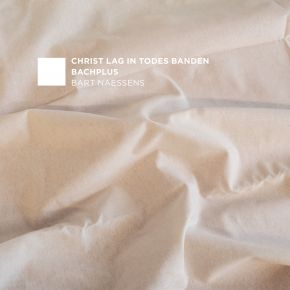 Our fetishist regard for John Sebastian Bach as the pinnacle of Western art music obscures the fact that his talent was spawned by at least three generations of gifted predecessors. We celebrate this lineage by exploring the musical family archive Bach discovered in 1735. Among the hidden gems are intensely moving Geistliche Konzerte by his cousin Johann Christoph Bach, and the latter’s father Heinrich Bach. In his earliest preserved cantata Christ lag in Todesbanden, Johann Sebastian superbly imitates the polyphonic motet style of these foregoers, which was going out of fashion, though Bach seems to have cherished it enough to revisit the cantata on several occasions in later years. The Belgian ensemble BachPlus brings homage to Bach’s undying love of a dying art, in a recording which juxtaposes private devotion with protestant ecstasy.