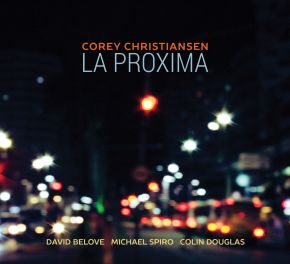 With his collection of recordings over the last decade, guitarist Corey Christiansen reflected heavily on the great vistas of his Utah home, the West, and traditional melodies, while still fully imbuing his music with a modern jazz aesthetic. With that same penchant for exploring 'roots,' Christiansen's 6th Origin release borrows inspiration from the music that influenced him from Africa, through Cuba and into the States. While not an Afro-Cuban album per se, the more specifically explored rhythms & grooves that have always informed his playing, and that of his bandmates here - bassist David Belove, drummer Colin Douglas, and percussionist/co-producer Michael Spiro - add new layers of perspective, dance and feel.