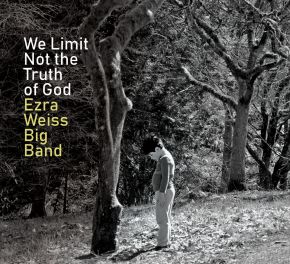 We Limit Not the Truth of God

Portland-based composer/pianist Ezra Weiss has composed and arranged for many albums, musicals and multi-media events and released six albums as a bandleader over the last 16 years, but had yet to present his own large ensemble recording. "We Limit..." marks that debut while offering a timely, impassioned statement concerning the times we live in, addressed to his young children. Through emotionally expressive compositions performed by a stellar ensemble, with his own narration interspersed between, it’s both a loving message passed down from father to children as well as a profound and deeply felt plea for togetherness and empathy. The brilliant 17-piece big band includes such distinctive soloists as saxophonists John Nastos, Rob Davis, Renato Caranto and Mieke Bruggeman; trumpeters Farnell Newton, Derek Sims and Thomas Barber; trombonists Stan Bock and Jeff Uusitalo; and flutist John Savage. The album was recorded live in the resonant Alberta Abbey, a historic church turned performance space in Portland, Oregon.