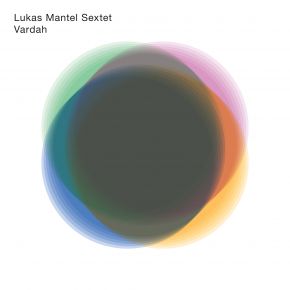 What does music sound like inspired by a destructive cyclone that generates waves up to seven meters high, swirls trees like matches through the air, and makes thousands of people homeless? In December 2016, the monster had the Urdu name “Vardah”, although the translation “Rose” bears almost absurd, graceful and aesthetic features. Lukas Mantel 's experienced it in Chennai on his own, was fascinated and shocked at the same time. Now he has bundled his impressions in an album, the force of which always remains wild and unpredictable, although more controlled and not as unrestrained as a tropical cyclone hits you.

“Above all, I wanted to transfer the social dynamics that prevailed in the city after the destruction by 'Vardah` in a compositional form to the band and its type of interaction and interpretation,” the Swiss drummer described the motives for his new work. It is a question for him of moving forms, unforeseeable processes, changing group formations as well as rapid interaction and cooperation of the individual musicians as a prerequisite for the further development of a piece. “The theme of the absorption and transformation of culture is essential for me to renew music, jazz, society and culture,” Mantel explained. “This upheaval is very nicely represented by the relationship to the rose in the word Vardah.”

In addition, the 37-year-old band leader living in Zurich gathered a hand-picked ensemble with proven virtuosos. Tenor saxophonist/clarinetist Rafael Schilt, trumpeter Matthias Spillmann, guitarist Travis Reuter, Max Petersen on the Fender Rhodes and bassist Lukas Traxel all put themselves at the service of Mantel's compositions, in that on the one hand they revitalize the music and on the other hand they always keep the big picture in sight in solos and improvisations. “All six are incessant researchers and developers of their personal, individual language. There is strong complicity within the group,” the primus inter pares praised. “We want to take the individual musicians along with their strengths and weaknesses in this development. The goal is a common pursuit of authenticity and truth of the moment.”

In alternating, small and larger instrument groups, the Lukas Mantle Sextet consequently creates a harmonic-melodic fabric similar to a climbing plant that can develop organically. The music spans a wide range between rhythmic complexity and seemingly folkloric melodies. Mantel refers to the composed passages in the eight pieces from his pen as “very flexible”. Sometimes he writes down very accurately how something should be played. “But when and who actually plays it and how, I leave that to a collective decision.” Written-down notes serve as a common thread for him, at the end of which the macrostructure of the project lies.

Lukas Mantel has not proven for the first time that a drummer can handle the intricate production work from the drums on this breathtaking soundtrack about the destructive force of a cyclone. No, he's not at all a helmsman. Only an equal member within a highly creative sextet, in which the ideas float in abundance through the room. Whether in “Chorizo Logic”, “Leakin”, “Schleichtiere”, “The Spanish Moment” or the title song, rooms open up in each of the colorful Mantel pieces: pulse room, sound room/Texture, and tonal room. Since the start and end point for the six have long been clear, it is only a question of the way. That is the real goal.

The uniqueness of “Vardah” lies in its archaic freedom and development of a complex structure. That is the reason why this cyclone music leaves a lasting impression and deeply affects you.