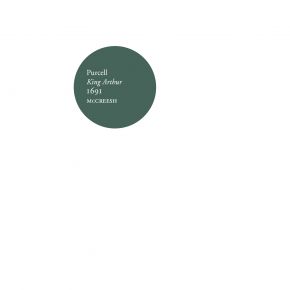 The great patriotic opera of the 17th century, recorded here in a lively new performing edition after two decades in the
Gabrieli’s touring repertoire. Notoriously difficult to present on disc or in concert, this version presented by Gabrieli was created
to allow an obvious musical narrative, despite Purcell’s music often being completely dislocated from much of the original theatre
context.

Gabrieli have been performing the music from King Arthur for nearly a quarter of a century, evolving their interpretation
over time. With the score having to be pieced together using separate versions (due to Purcell’s originals being lost), and with
Gabrieli’s evolved interpretation of the music, the end product of this recording is truly unique. Their next release on Signum will
be with the semi-opera by Purcell, Fairy Queen, in April next year, which is an adaptation of A Midsummer Nights Dream.