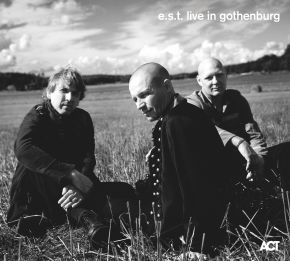 The Esbjörn Svensson Trio continues to be a bright beacon of inspiration and influence. There are many divergent current trends in jazz and yet e.s.t. remains an important point of reference; their music, revolutionary in its time, is now as topical as ever. The release of "e.s.t. live in Gothenburg" brings listeners the previously unreleased recording of a concert to which Esbjörn Svensson (d.2008) referred in his lifetime as one of the best that his trio ever did. In this 2001 recording, e.s.t. played tracks from the albums "From Gagarin´s Point of View" and "Good Morning Susie Soho", and also included the hit singles "From Gagarin´s Point Of View" and "Dodge The Dodo". There is even one track, “Bowling", which has never been released on CD before. "e.s.t. live in Gothenburg" documents the enduring magic of this band. We find originality, strength and playfulness coalescing together in an ideal way here. A concert for the ages, played by a band destined never to be forgotten.