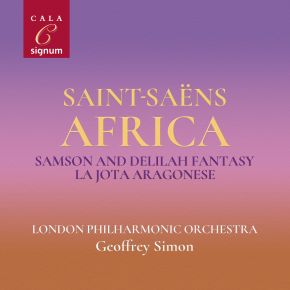 One of a pair of distinctive Saint-Saëns recordings, made with the London Philharmonic Orchestra. It features several rarely-recorded works, alongisde
the premiere recording of Saint-Saëns’s arrangement for tenor and orchestra of the iconic Danse macabre – which was origninally a song for voice and piano to a poem Henri Cazalis before it’s expansion into a celebrated tone poem.