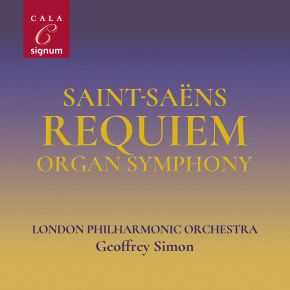 One of a pair of distinctive Saint-Saëns recordings, made with the London Philharmonic Orchestra and featuring the rarely recorded Overture to Princesse Jaune Op. 30 and Requiem Op. 54. These remastered recordings feature rare solo performances from several renowned players including Robert Truman (principal LPO cello for over 20 years) and Stephanie Chase (violin).