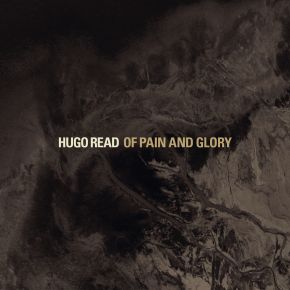 Of Pain and Glory

Hugo Read has developed an independent way of playing and composing in which new jazz, elements of contemporary music and rhythmical energy, acoustic base and electronic additions are combined to a sound world of its own.

Read wants to cross borders between new classical music and jazz, and in addition he sees himself as a composer of mostly suite-like forms as a basis of his work.

From 1972 he studied flute and classical saxophone at the Cologne College of Music.

Since that time there have been international concert activities in the field of jazz and new classical music as well as productions of chamber music and as a soloist with orchestras (among other things Ensemble Modern, New Art Ensemble) with all major radio companies in Europe.

Since 1979 Read has cooperated with Karl Heinz Stockhausen, Stockhausen, fascinated by Read's musicality and his very lyrical sound, engaged him for a big project (Sternklang) in the Beethovenhalle Bonn. Later he should join many other concerts / tours u.a. Premieres of the two operas Tuesday and Thursday contribute with light. Also chamber music such as In Friendship became a saxophone with his help directed. The two pillars, jazz and new music, are still the main focus today his musical output and are documented on CDs / LPs, and countless radio productions.

Hugo Read has been awarded the prize of the state of NRW outstanding achievements in the field of jazz and new music,
and is, since 1991, professor for saxophone and ensemble direction at the Folkwang Universität der Künste Essen.