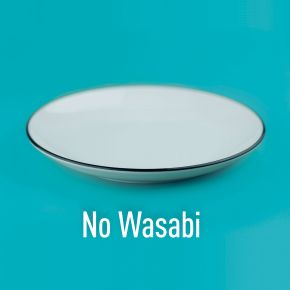 Machiel Heremans and Rebekka Van Bockstal, together No Wasabi, is an experimental guitar duo that takes the listeners on a musical trip with loops, echoes and other effects. The two guitar players met each other at the conservatory of Brussels, where they found they shared a passion for composing, effects, free improvisation and sound. These elements are also main aspects in the music of No Wasabi. The self-titled debut album is a powerful but intimate story in which echo plays an important part, partly because the album was recorded in a church. The combination of improvised sketches and composed music blends into a fresh creative collection of songs in which different boundaries are explored.