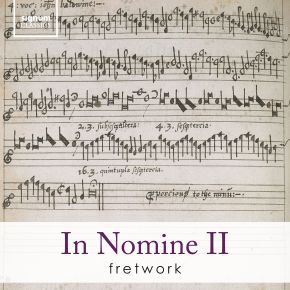 Over thirty years ago, Fretwork made its first recording – well, technically speaking it was the second album to be recorded, but the first to be released – and it was called ‘In nomine’, which consisted mainly of 16th-century examples of this remarkable instrumental form.

While this isn’t an anniversary of that release, this record looks back to that first release and forward, to bring the genre up to date. There were several examples of the In nomine and related forms that couldn't be and weren't recorded in 1987, and this album seeks to complete the project.