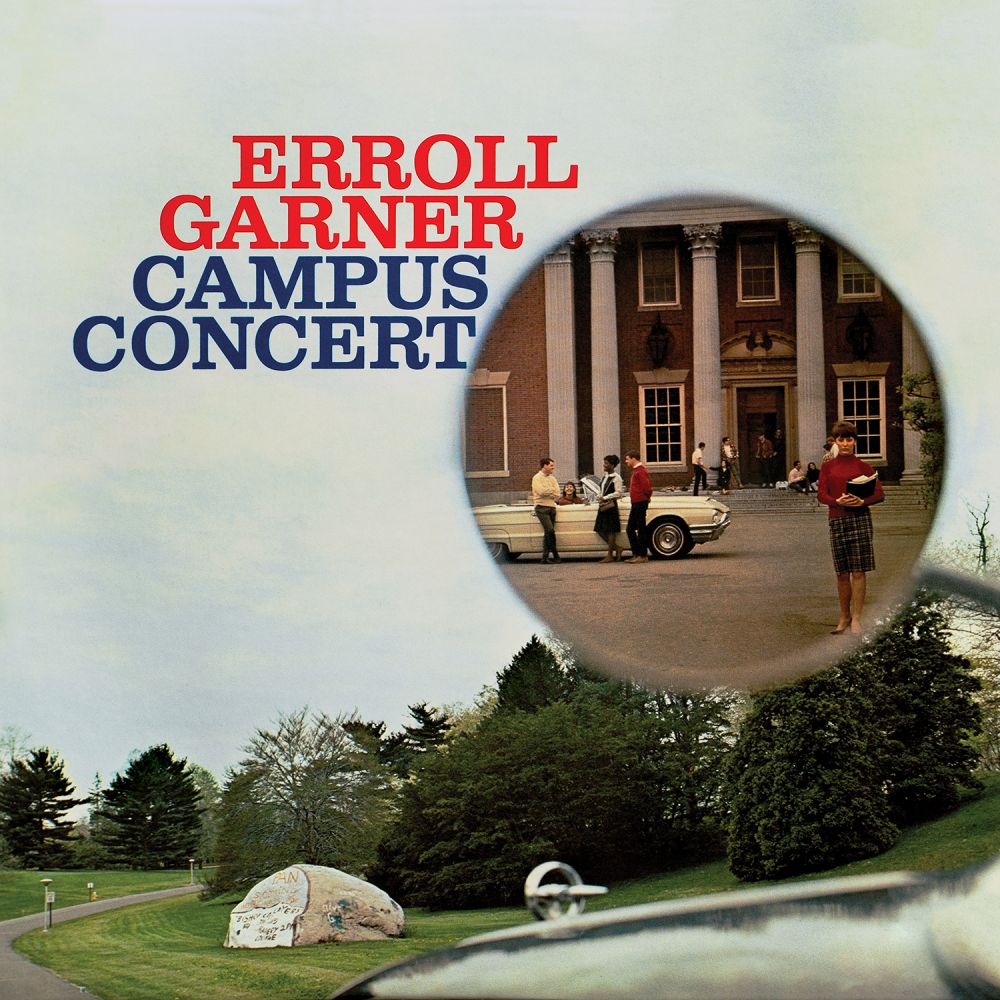 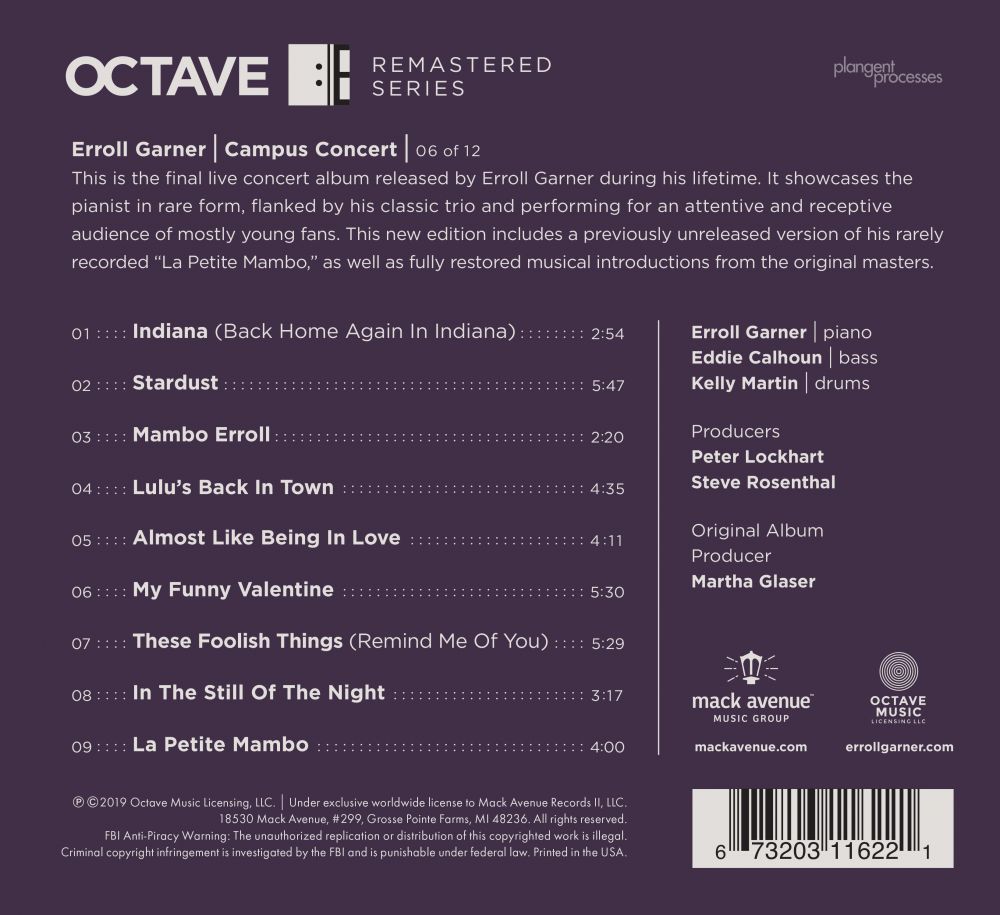 Campus Concert is the final live concert album released by Erroll Garner during his lifetime. It showcases the pianist in rare form, flanked by his classic trio and performing for an attentive and receptive audience of mostly young fans. This new edition includes a previously unreleased version of his rarely recorded "La Petite Mambo," as well as fully restored musical introductions from the original masters.