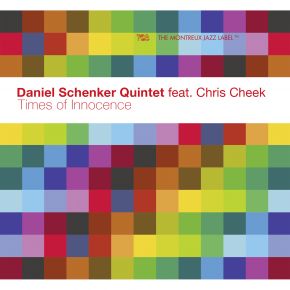 For his new album, Schenker chose a quintet line-up as heard on many classic hard bop and modern jazz recordings. He says he likes to think of duos – Miles Davis/John Coltrane, Eric Dolphy/Booker Little and Dexter Gordon/Woody Shaw – although he doesn’t see himself as the executor of an estate. Schenker’s music is distinguished by its openness to the new, by its formal ambition, and by a broad palette of sounds and moods. This is nowhere more sensuously evident than on his new album, Times of Innocence, on which he performs with the American tenor and soprano saxophonist Chris Cheek as well as with his Swiss colleagues Stefan Aeby on the piano, Dominique Girod on bass and Elmar Frey on drums.