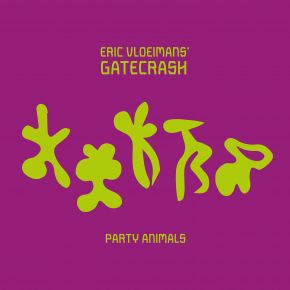 Well over 50 CDs list him as a sideman and with a dozen he himself is a leader: Eric Vloeimans is not only the top trumpeter of Holland, but also one of the most important European. He not only masters his instrument with dreamlike confidence, from the highest notes of the register to the warm and flattering low notes, but also the whole range of musical styles. With 'Gatecrash' he has created his own interpretation of modern music, groovy and electrifying.

For trumpeter and composer Eric Vloeimans - a master of improvisation - the forms of expression of jazz are too limited. For more than 10 years he has therefore gathered an exquisite group of musicians around him: Gatecrash. The debut album, which was recorded live at the time, was immediately nominated for the Edison Award.

In January 2020 the second album of this rousing formation will be available: Party Animals with powerful solos, passionate ballads and jazz funk in its most exciting form.

Jeroen van Vliet (featured)More information
24-03-2020 Jazzthing
"... there's plenty of room for overflowing solos - but boredom doesn't arise, because all four musicians know how to bundle their energies purposefully."
24-02-2020 Music Frames
"The album is full of musical delights that have been crystallized so well and taken care of to perfection. Quality music where teamwork and a coherent result are paramount. Just as music should be and that is enjoyment!"
14-02-2020 Jazzism
"... jazz music that's "sometimes witty and absurd, sometimes romantic or funky, sometimes frantic and sometimes mean, loud and overwhelming", but often also very lyrical ..."
07-02-2020 Mania
"... music in which intuition, spontaneous ideas and exciting interaction play such a major role."
06-02-2020 De Volkskrant
"They play great together on the new record gatecrash."
25-01-2020 Het Parool
"Party Animals does justice to its title with catchy music, which often makes the listener smile with pleasure."